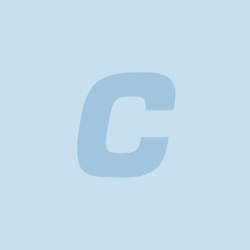 Bloomington, .......On Friday morning, the engine that Tyler Courtney would use later that night was in the process of being rebuilt. On Friday night, that same engine helped power the Indianapolis, Ind. driver to victory in round four of "Indiana Midget Week" at Bloomington Speedway.

It had been a trying week for Clauson/Marshall Racing throughout the first three races of IMW. Courtney had gone through one engine and had a minor issue on another. Teammate Chris Windom went through two and another teammate, Andrew Layser, had to step into a backup as well.

Still, when the deck seemed stacked against them amidst trying circumstances, the team was able to persevere as Courtney drove to his fifth USAC NOS Energy Drink National Midget victory of the year with only ten races in the books. In fact, his quick start already has him halfway to the double-digit win mark, something that hasn't been achieved in the series since Rich Vogler's magical 16-win season in 1988.

"It's crazy," Courtney said. "But, you know, I wouldn't want to do this with anybody else. These guys are never going to stop. The least I can do is do my job and give them 110 percent because I know they're going to give me 110 percent. It's been nuts, but if this was easy, everybody would do it. It's part of it."

Courtney started from the fourth spot, while Justin Grant bolted to the lead from the pole position, utilizing the high line as outside front row starter Thomas Meseraull followed in tow and Chad Boat worked the bottom.

Meanwhile, Thursday night's Lincoln Park hero Tanner Thorson saw his feature go from bad to worse, first spinning over the turn three banking to a stop on lap four while running 16th. Three laps later, as the Indiana Midget Week point leader coming in tried to work his way back through the field, he found contact at the bottom of turn one, bounced and flipped sidewinder style over the banking. Noah Gass and Jesse Colwell were also collected. Thorson walked away, but only Colwell restarted.

Back to the front, Boat had the low groove working, and had already moved into the second position by lap five. Following the incident, he went right back to the well on the bottom and was digging his way closer to race leader Grant, missing the point at the strip by a half car length at the conclusion of lap 8.

One lap later, series Rookie Karsyn Elledge, who had been having a career-best fifth place run at the time, caught the turn three lip and flipped over the banking. She walked away without injury but finished 22nd.

On the restart, the high/low battle between Grant and Boat would resume with Grant ripping the cush and Boat skimming inches from the infield tires. Boat surged once again, but Grant was precise on the high line, nipping Boat by the width of a dime at the stripe, 0.012 of a second to be precise.

Suddenly, series point leader Courtney emerged as a contender just behind Grant and Boat, carving through the middle as a third line came to fruition between turns three and four. By lap 17, they were three-wide for the lead with Courtney clearing around the outside of Boat in turn four for second and were still three-wide by the conclusion of the 18th lap.

Catching is one part of the equation, passing is another, and Grant was the class through the first two-thirds of the 30-lapper. However, it all went awry for Grant, Wednesday's Gas City winner, who had a right rear tire give way entering turn one on the 20th lap. He managed to control the car from jumping over the banking while Courtney did a masterful job of avoiding tagging the back of suddenly off-the-pace Grant who crawled around the quarter mile before stopping in turn four. Grant restarted, but only mustered a 20th place finish after leading a race-high 19 laps.

On the lap 20 restart, second-running Boat once again found solace on the low line, appearing to have the kind of surge that could carry him to the front, missing out on the lead by a mere 0.026 of a second to Courtney at the line. The bottom appeared to slightly fade for Boat who dropped back from Courtney by a few car lengths the following time by.

Taking Boat's place in second was opening night IMW winner Logan Seavey who found the outside rubber to run his fastest lap of the race with seven circuits remaining and was invading Courtney's fortress of solitude at the front. However, Courtney heard the oncoming freight train that was Seavey and moved off the middle line to go to the top and stifle Seavey's charge on the open path up on the cushion.

"I figured somebody would be coming and the middle kind of went away there in three and four," Courtney recalled. "I started hearing somebody doing something and I knew it didn't sound like somebody on the bottom, so I knew I needed to get up and take their line away, run my own race and make sure I didn't fall off the track and do anything dumb the last few laps."

To get into a rhythm in a which a driver is trying to hit his marks lap-after-lap is key, but once those marks change midstream with another driver ready to pounce, it can present a difficult challenge, but Courtney was game.

"It's a big change, especially here," Courtney explained. "This place gets really technical. It gets slick up to a big curb. If you hit it too hard, you're throwing the nose. You take the chance of bouncing over it and you throw your whole race away. So, you have to kind of ease your way into it. I knew Logan was probably pounding (the cushion) a lot harder than I was. I just knew if I could stay smooth on it, we would be alright. I felt we had good enough speed to maintain up there."

During the final laps, Seavey remained about two car lengths behind the tail tank of Courtney and, on the final lap, fired one last shot, repositioning at the midway point of the back straightaway, angling his car toward the bottom of turn three. Seavey slid up between turns three and four, but had to tuck in behind the flawless Courtney who made no mistakes down the stretch to win his second-straight Bloomington USAC Midget race. Seavey took second ahead of Boat, hard-charging Chris Windom (from 22nd) and a career-best performance from the night's fast qualifier Ethan Mitchell to round out the top-five.