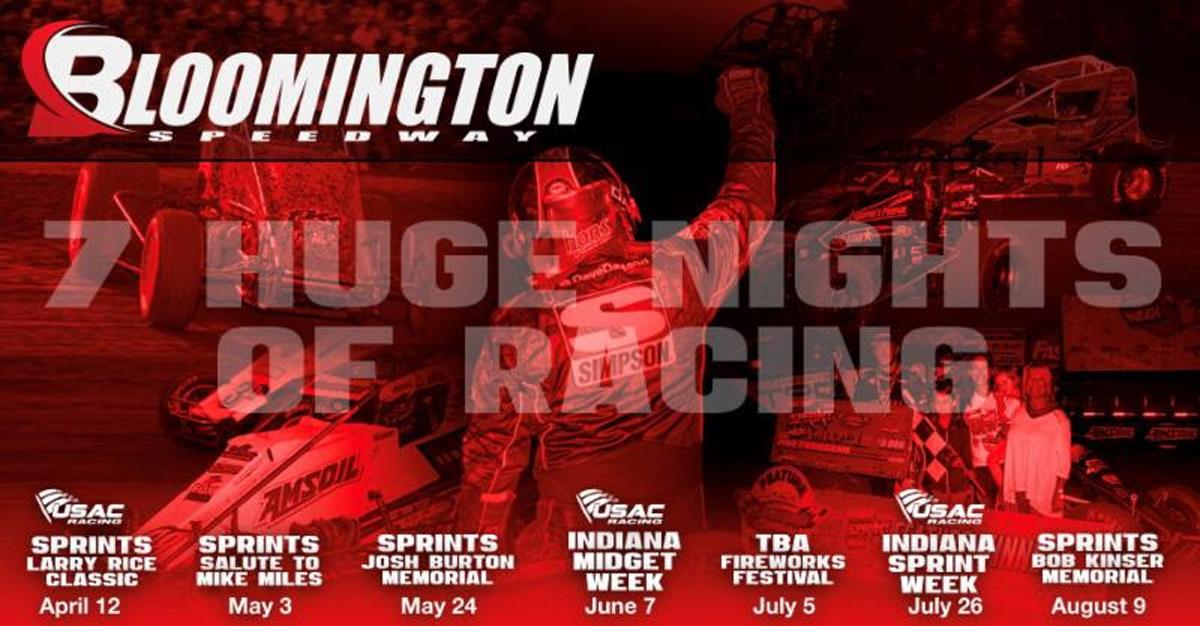 By USAC Media (Bloomington, IN) -- Bloomington Speedway, whose racing tradition dates back to 1923, begins a new era in 2019 under a management team led by Bloomington native and USAC Silver Crown manager A.J. Bowlen and the United States Auto Club.

Track improvements are now in the planning stages to assure that the iconic southern Indiana quarter-mile, red clay oval continues to provide thrills for generations to come - the racing entertainment that has excited race fans for the past century.

Planned improvements include new grandstand seating, enhanced safety fencing and overall grounds upgrades over the course of the next 24 months with an e?ort focused on enhancing the fan experience.

Bloomington Speedway will have a concise 2019 racing calendar to allow management time for the planned improvements. More events could be added as the season unfolds and improvements are addressed.

A seven-race schedule is slated for action at Bloomington. The USAC AMSOIL Sprint Car National Championship makes a pair of appearances on the 2019 schedule, including the season-opening "Larry Rice Classic" on April 12 and the annual visit during "Indiana Sprint Week" on July 26 for the "Sheldon Kinser Memorial." Bloomington is the only track to host an event in each of the 32 years Indiana Sprint Week dating back to 1988.

The Midwest Sprint Car Series resumes at Bloomington on May 24 for the "Josh Burton Memorial" before the USAC NOS Energy Drink Midget National Championship arrives on June 7 for the 15th annual edition of "Indiana Midget Week." Both the May 3 "Salute to Mike Miles" and "Bob Kinser Memorial" on August 9 feature an "open" event showcasing Sprint Cars.