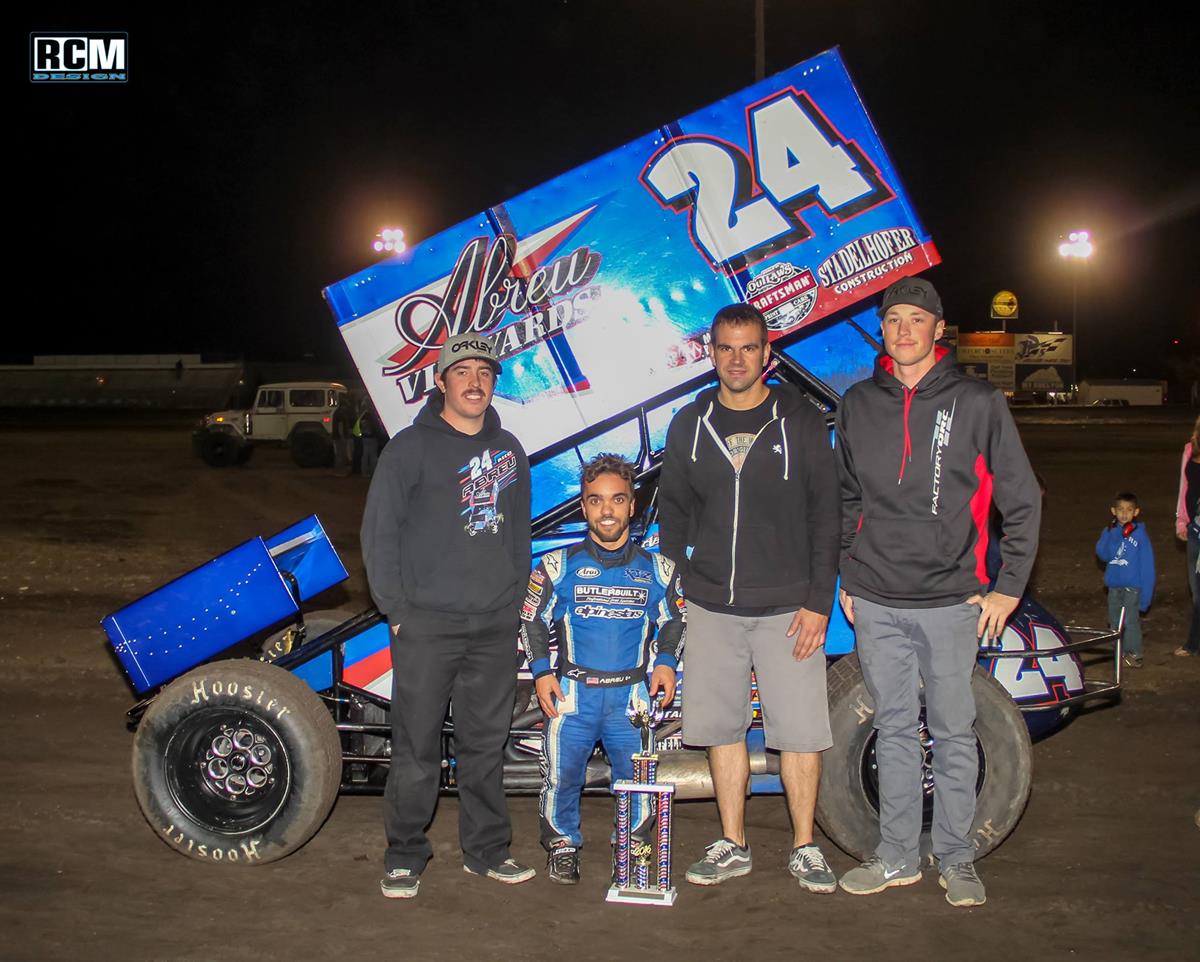 Winning his first sprint car race of the 2016 season, Rico Abreu competed in the 410 Sprint Car Points Opener at the Silver Dollar Speedway Saturday. Entrants included some of the top names in west coast sprint car racing. Earning a front row starting position Rico battled through a couple of late cautions and then turned up the heat, pulling away from the field with blistering lap times in the 11.2 second range. Possibly some of the fastest laps ever seen in a feature event at Silver Dollar Speedway. At the line it was Rico Abreu in his Abreu Vineyards EAGLE with his 8th career win at the ¼ mile.

Night two was powered by a 360 with twenty-four cars in the pit area to battle it out on another exciting night at Placerville Speedway. Mason Moore would be the fastest car in time trials with a lap of 10.829 and leading two more EAGLE's for a string of top three qualifiers. In the feature, Abreu once again got excellent restarts to score a second victory in as many nights. Moore chased the rear bumper of Abreu to the checkered, but Rico proved too tough to tame, leading all 25 laps and scoring the popular victory over Moore, a fellow EAGLE driver. “It’s great to win at Chico last night and then come here to win tonight” stated the winner.

Melton Motorsports had a good night of racing in Waco with the Sprint Series of Texas. Justin Melton was high points driver and would draw the 3 in the redraw. Starting fourth, Justin kept digging and working his line, and with about 5 to go he took the lead. The white flag lap introduced a caution and had a green, white checkered, he would keep it out front for the win.

Trevor Grossenbacher earned the opening night hardware at Eagle Raceway. Stretching out a half-lap advantage at one point prior to late cautions that bunched the field. A strong start to an already well established list of accomplishments within the IMCA RaceSaver series.

Lightning sprint action was in full force over the weekend as Alex Grigoreas was atop the California Lightning Sprint leader board once again in his HENCHCRAFT. Santa Maria Speedway was the sight of his recent victory adding to his points lead of the series.

Indiana was swept by HENCHCRAFT drivers competing with the MMSA. Forty different cars graced two tracks for the great result. Bloomington Speedway was the host for the highly anticipated 2016 MMSA season opener, the weather was perfect as 33 MMSA drivers signed up for their chance to win at the historical speedway! When the green dropped Hot Rod Henning (10d) was able to take the advantage and lead all 20 laps and hold on to capture the first win of the season. Night two not only brought a first time winner of another kind at Brownstown Speedway. Congratulations to Danny Fitzgerald on his first ever feature win!

Tyson Cross powered to the Deming Speedway feature victory in the Northwest. A track HENCHCRAFT cars have a liking for.

Our STALLARD winner was Sam Platt at Warren County Speedway with the Iowa Micro Sprint Series. Great effort by all! 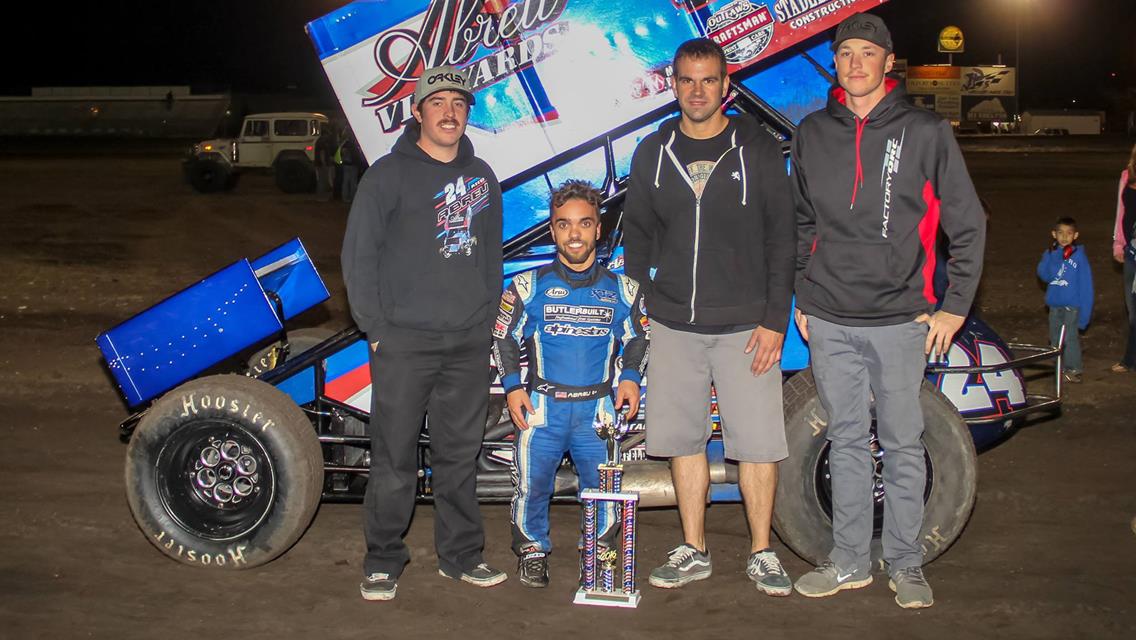 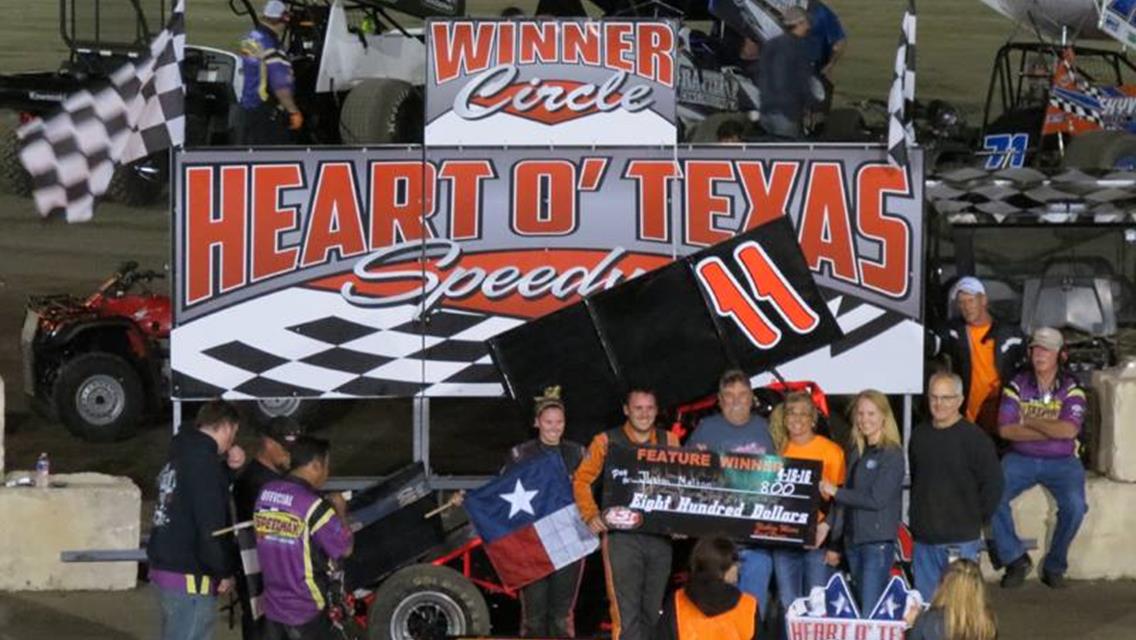 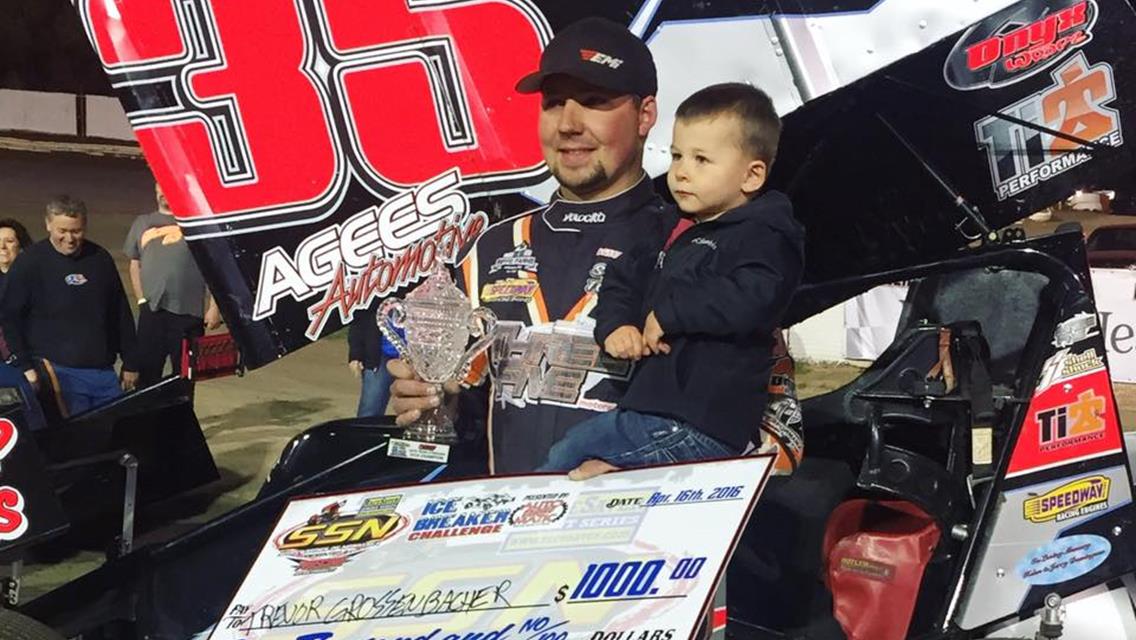 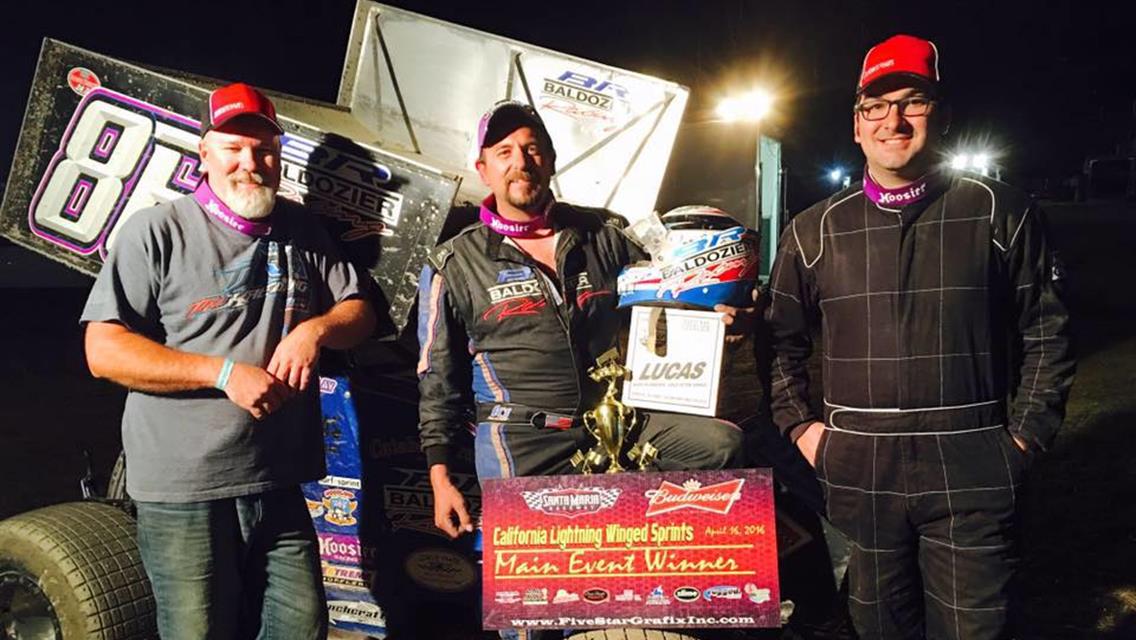 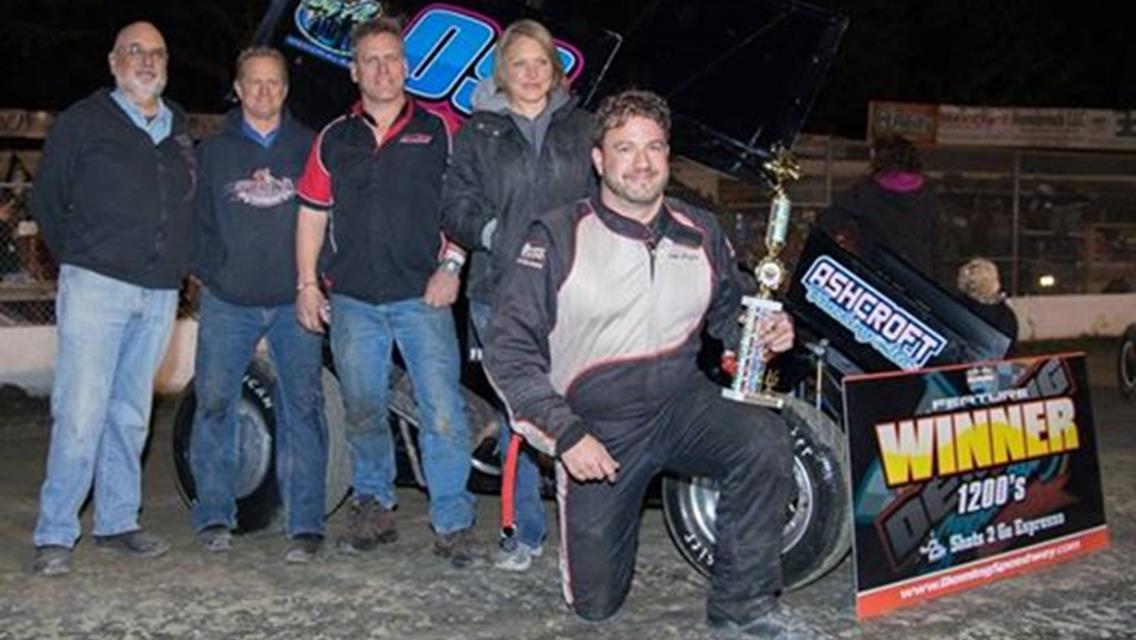 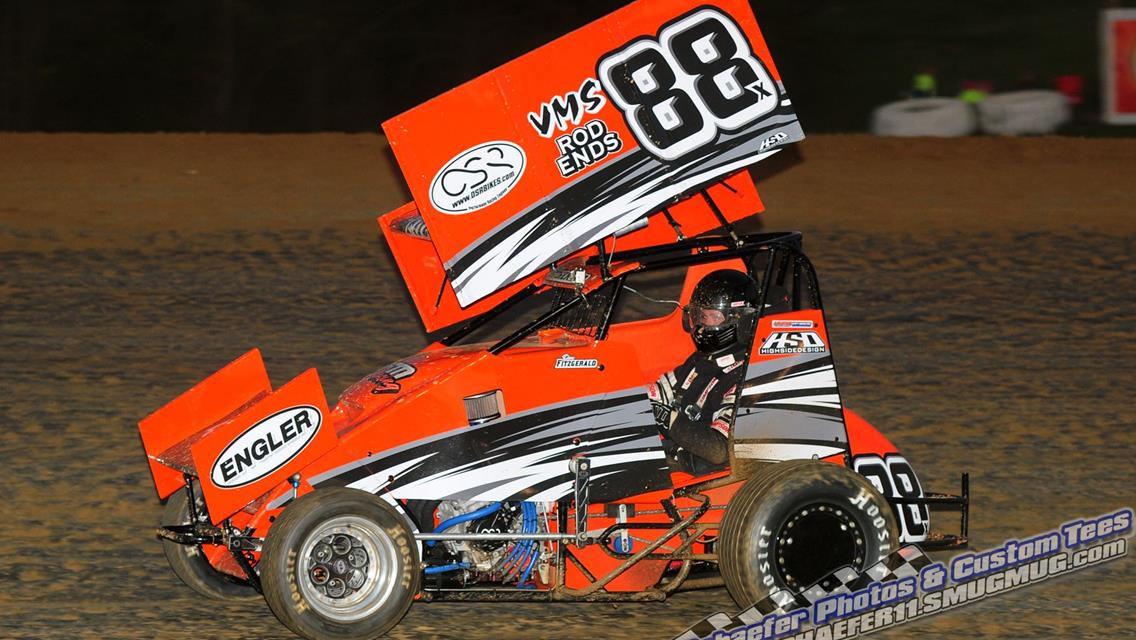 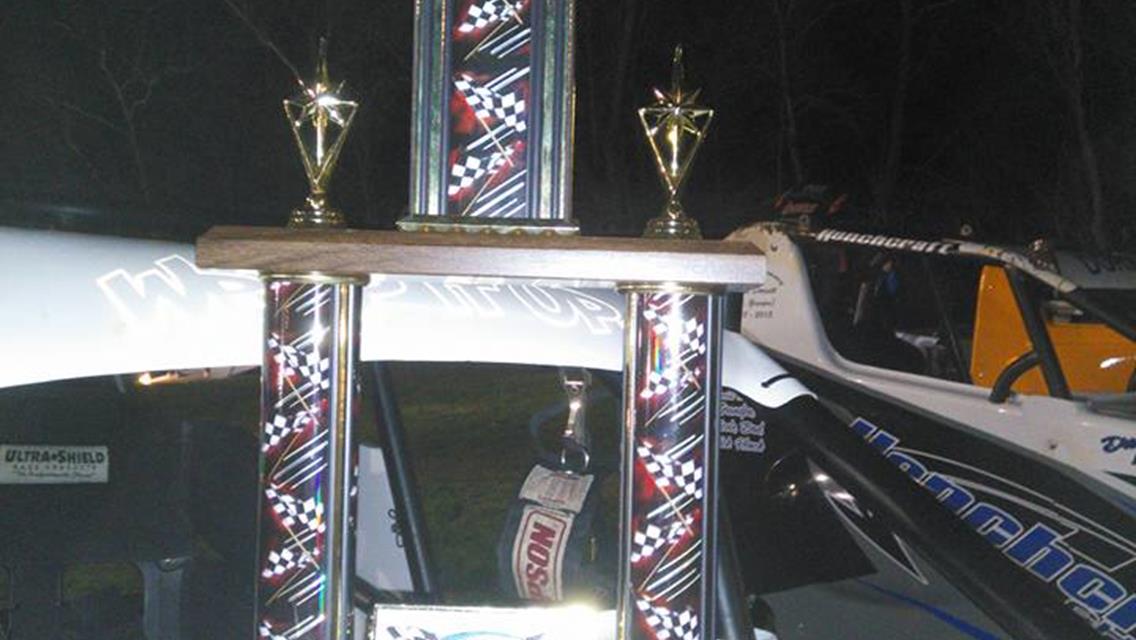 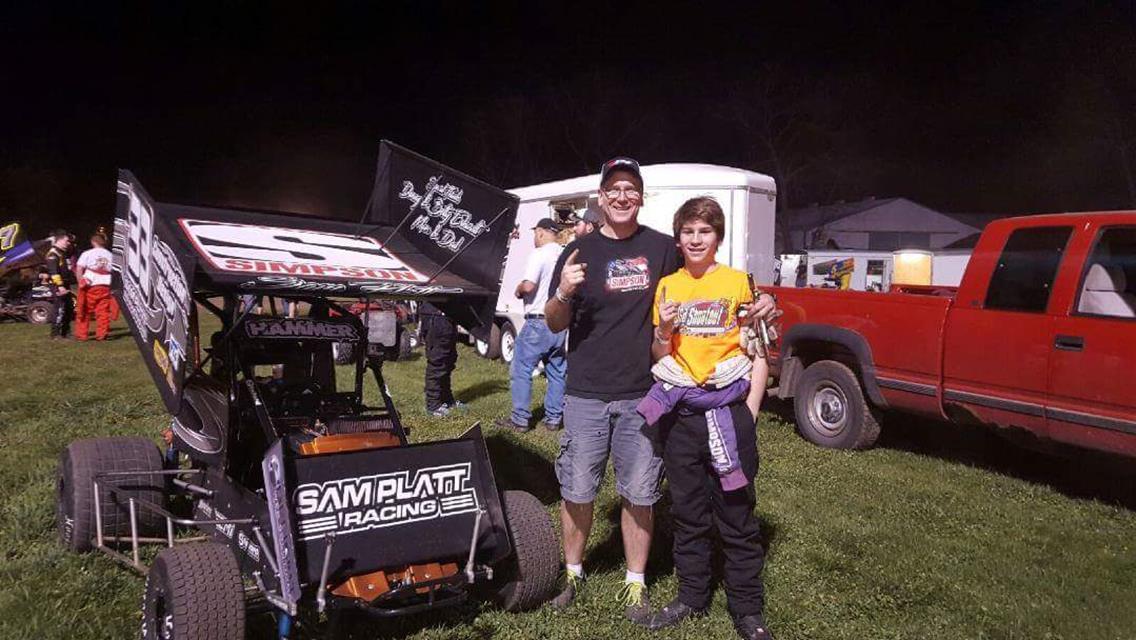 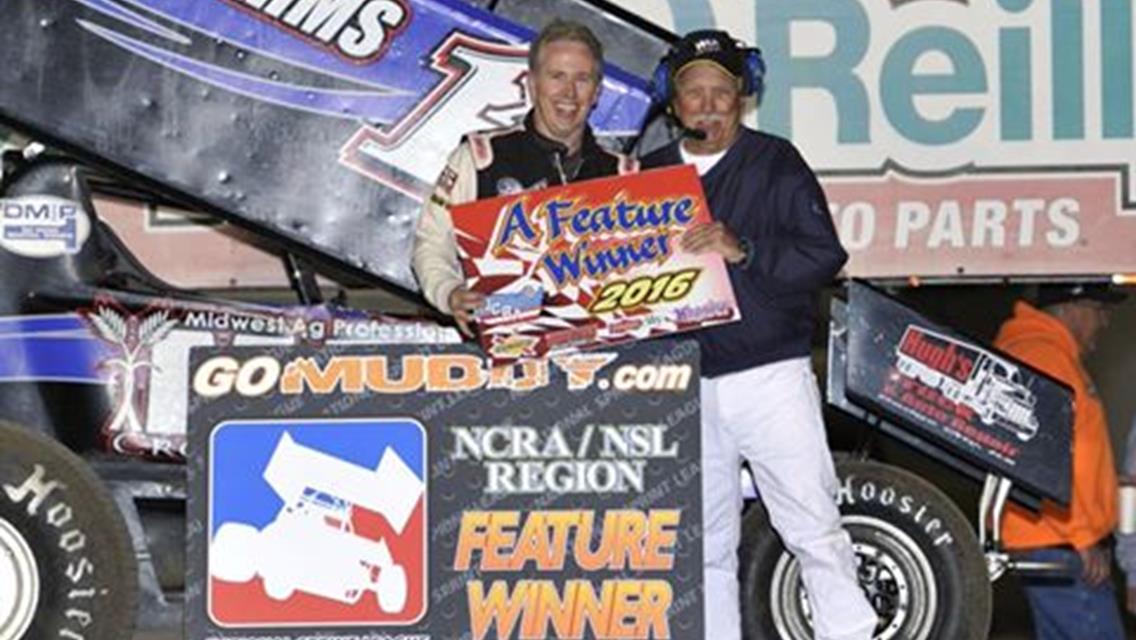